I have lived my life with picture rails; in rooms where plain white ceilings spill down the walls until they meet the thin, carved baton, below which the colour and character of the room flows. They were once in every room of my mother’s home, a late Victorian terrace, and over the years of decorating and maintaining it I developed a love hate relationship with them.

In the days of wallpaper they were incredibly useful, providing a neat straight line to butt up against, rather than attempting to judge the point at which plaster from the wall became the ceiling. They provided definition, a distinct “here one thing ends, and another begins” without the pretension of a dado.

But they were also fluted and fiddly – difficult to sand and prepare, tortuous to paint. This is particularly true in the current post wallpaper age when they are the last element to be painted, along with skirting boards.

Strong emotions to elicit from a piece of household trimming, you may think, but over the years I have done a lot of decorating.

It was a dislocating experience then, when some of the picture rails in mum’s house were removed during the recent complete refurbishment and rebuilding. The rooms look a little higher but this is offset by the feeling of bareness. I don’t live there anymore, I understand why they have gone, but I would have kept them.

That’s not the only Rubicon I have had to cross recently. Things hang from a picture rail, and not just pictures. In Bob’s room for example, suspended from hooks were storage for her tights and her teddy bears. There are a lot of both, I don’t understand why, but I know better than to question. The space above a picture rail on the other hand was sacred. It was part of the ceiling, and the only decoration there would be covings and ceiling roses. Nothing else.

Except Bob’s room is a box room, 10’ by 7’ with two small windows. Space is at a premium and that entire unused wall above the picture rail is a terrible waste. Necessity butting up against aesthetics – this time necessity won. 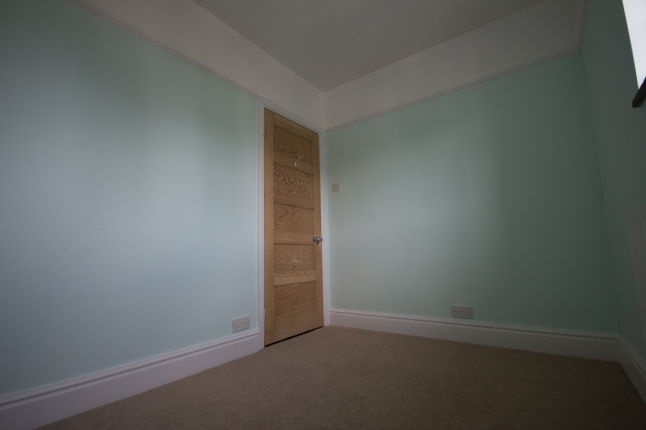 The plan was to get Bob a cabin sleeper (bought in, not bespoke as I wanted to make). That would put her about  4 feet off the ground and bring the empty white space into play. I got to make something, so I was happy. The space is now partially filled with a set of bespoke shelves. The heretics have stormed  the citadel of truth, there are now things above the picture rail. 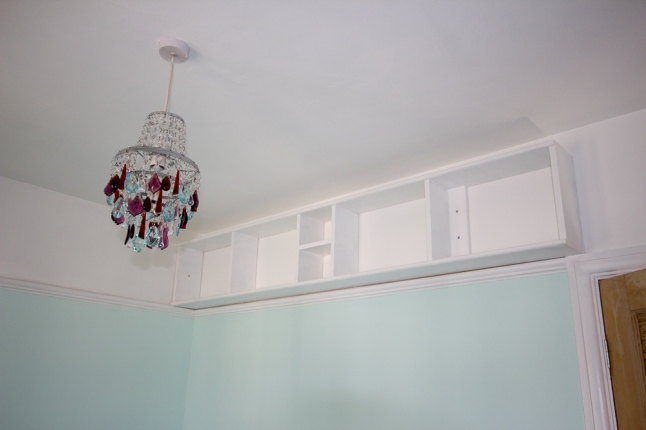 I went for bull nosed MDF from the shop rather than furniture board. Another  Rubicon crossed. Thus far MDF has been a banned material in the house. In general I don’t like it – sure it is smooth finished and easy to work with, but it sags under load, and I have little confidence in how well screws will bind and it clags up drill bits. In this build the screws are to help the glue go off rather than the primary pinning.

The reason for coming down off my high horse was time and the weather, This plan came together as while measuring what would fit in the room, and it became clear there just was not enough storage. There were only days between the end decorating and the delivery of new carpets and the bed, Anything I needed to build had to be in that window in the evenings after work. On top of that the weather turned foul and there wasn’t enough room in the workshop to manoeuvre 2m lengths of timber. It was a time to be radical so I threw all the principles of the bodging carpenter out of the window. Saving myself a soaking, tendonitis and myriad cuts and scrapes I got the shop to cut all the pieces to size for me, in the hated material.

Of course I did end up at the table saw, my approximate approach to measurement meant I had to take the uprights to my workshop to trim off a few mills. As I wasn’t going to trust my baby to sleeping beneath fixings through MDF I used some scrap spruce stock to secure the unit to the walls.

I think it works. Lets hope it stays up.

The very pretty light fitting is another little adventure – it is a discontinued item from Homebase, and we were tempted by the heavy discount on it, as well as the way it suits the overall colour scheme. Alas there were none left in England and Inverness was an awfully long way to go for a light pendant. TBH asked if we could take the display version and the jobsworth on the desk said no. I went back later that day in search of more radiator enamel. A lady with a more can do attitude sorted it all out, gave me a discount for it being unboxed and ex display, and then applied the 15% off everything that runs over a bank holiday weekend. In the end we got it for a third of the original price.

Of course that left us with the question of what to do with the old furniture. For now the cabinet/changing table and cupboard are staying. Bob is still young enough that the Humphrey’s Corner detailing isn’t offensive to her. The bed needs a new home, and we convinced ZedBee that she would like to change her cot bed for Bob’s one. That was quite a coup because ZedBee’s has a broken slat (repaired by me) and the headboard is covered in stickers. Bob’s old Humphrey’s corner cot bed is pristine. ZedBee’s old bed will find a new home with the local charity shop.

There was a bit of relief in all that.  Outwardly it was because the Humphrey’s Corner stuff is beautifully made and has lasted really well, but the truth is a little more personal. That furniture is from when my baby was a baby. When it goes it will be because she has grown out of the furniture and its chubby elephant detailing. Thankfully that is not a Rubicon I have to cross just now. 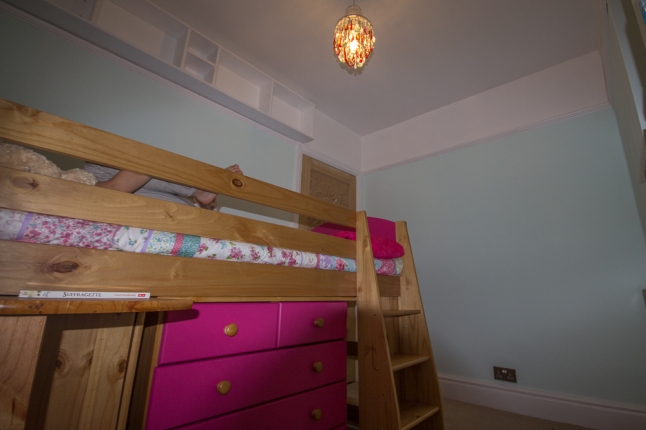